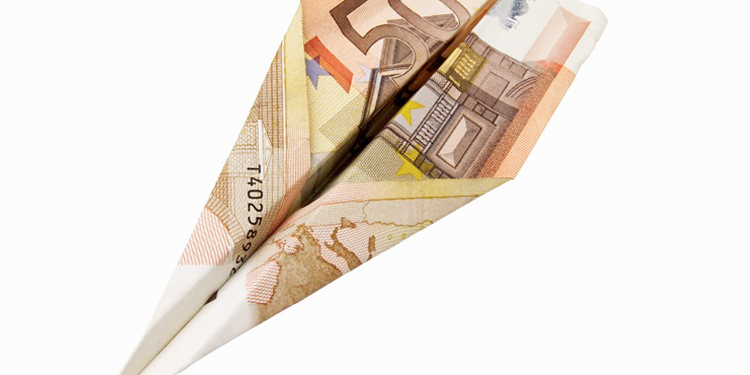 Am I entitled to compensation for a delayed flight?

Yet another court ruling has found in passengers’ favour when it comes to compensation for delayed flights under European Union rules.

​Source: Travel Supermarket. In the latest judgement, a UK Appeal Court ruling on June 11 2014 will make it more difficult for airlines to use the “extraordinary circumstances” clause in the so-called EU261 rules to avoid compensating passengers for flights delayed due to technical problems.

So if your flight is delayed, what compensation might you be entitled to, and how would you go about claiming it? And what are the EU261 rules, anyway?

Read our handy guide to find out.

What were the recent cases and what do they mean for me?

On January 28 2013, a UK judge ruled that Jeff and Joyce Halsell were entitled to €800 in compensation and legal costs after their flight from Tenerife to the East Midlands was delayed as a result of a mechanical fault. Previously the Halsells’ airline, Thomas Cook, had claimed that the delay was caused by “extraordinary circumstances” beyond its control and turned down the claim. However, the judge clarified that the technical fault did fall into this category and Thomas Cook had to pay out.

​A few days later, on January 31, the Court of Justice of the European Union ruled that Denise McDonagh was indeed entitled to €1,130 in compensation to cover her welfare expenses (food, refreshments and accommodation) when her flight with Ryanair was cancelled as a result of the 2010 ash cloud. This was a test case around whether airlines have to pay “reasonable costs” to cover passengers’ welfare even if the cause of the delay is extraordinary circumstances such as the ash cloud.

Now we have the Court of Appeal judgment from June 2014 in the case of Jet2 v Huzar. The court ruled that ordinary technical problems, such as component failure and general wear and tear, that cause flight delays, cancellations or other disruptions to passengers’ journeys should not be considered “extraordinary circumstances”.

​Each of these cases has helped to clarify travellers rights when their flight is delayed or cancelled – and show how important it is for you to know your rights as a passenger should anything go wrong.

My flight is delayed – does my airline have to look after me?

​If you are travelling from a European airport or with an EU airline and your flight is delayed by more than two hours, your airline may have to offer you a “welfare package” including food, drinks, two phone calls and, if your flight delay is overnight, accommodation plus transport to and from where you are staying.

When your airline is obliged to offer you this welfare package will depend on the distance you are travelling in kilometres. The table at the bottom of the page outlines your rights:

​These rights are set out in the EU261 rules.

If your airline does not offer to provide the welfare package itself – for example, in the form of meal vouchers or by booking accommodation for you – talk to a representative at the airport to find out what they consider “reasonable costs” and get an agreement that you can sort out your own welfare. If you do arrange your own accommodation or buy meals, keep all of your receipts to make claiming back any costs you have incurred as easy as possible.

Can I also claim compensation for a delayed flight?

​If you are travelling from a European airport or with an EU airline and your flight arrives at its destination more than three hours late, you may be entitled to financial compensation of up to €600 under the EU261 rules.

​You won’t be entitled to compensation if your flight is delayed as a result of “extraordinary circumstances”.

What are ‘extraordinary circumstances’?

“Extraordinary circumstances”, according to EU261, are those that are deemed to be outside the airline’s control and which, even if the airline had taken reasonable measures, would have delayed the flight. They include extreme weather such as snow, acts of nature such as the volcanic ash cloud in 2010 and strikes.

The case on January 28 2013 ruled that technical faults with an aircraft do not necessarily count as extraordinary circumstances and that passengers can push for clarification as to whether the fault that caused their delay was within the airline’s control. The June 2014 case has gone further in making airlines responsible for technical problems that cause flight delays.

It is important to remember, however, that even if a long delay is caused by extraordinary circumstances, your airline must look after you and offer a welfare package.

How much compensation can I claim?

As with welfare packages, the compensation you’re entitled to is determined by the length of your flight and how long your delay is. The table at the bottom of this page outlines the different levels of compensation you can claim following a flight delay.

How do I claim compensation?

You should first talk to your airline and find out what caused the delay. Make a note of all of the details so you can be clear on the facts at a later date, and keep your tickets as well as any relevant receipts.

You should then follow the procedure as advised by the Civil Aviation Authority.

​When you are ready to claim, go to the airline’s website to find out how best to contact it. British Airways, for example, has an online form for customers to fill in but also provides the option of a postal address for letters. The CAA also has advice on what information to include when communicating with the airline.

​If you are communicating by post, the Civil Aviation Authority’s (CAA) site has a downloadable letter template to make the process as simple as possible.

Should I use a claims company?

You might be tempted to use a claims company such as Flight Claim UK to smooth your claim but, as with third parties offering to help with PPI claims, these companies charge a fee for their services.

I’ve previously made a claim for compensation/welfare but haven’t received anything – what should I do?

​The two cases in January 2013, along with a ruling in October 2012 and the June 2014 case, together help to clarify your rights to compensation. So, if your airline has refused to pay out, citing causes you suspect do not fall within the category of extraordinary circumstances, you could contact the stating that you would like to pursue your claim, as in the case of Jet2 vs Huzar.

​If you’d like to pursue an old claim for the reimbursement of welfare costs – for example, when flights were grounded across Europe as a consequence of the Icelandic ash cloud – again you could contact your airline stating that, in light of the McDonagh v Ryanair case, you would like to claim your expenses back. It is important to be aware, however, that to pursue your claim you will need copies of your original letters and/or receipts.What are my rights if my delayed flight is with a non-EU airline?

As the EU261 rules only protect passengers travelling with an EU airline or out of an EU airport, you won’t have exactly the same rights. Instead, check the policy of the airline you are travelling with.

TravelSupermarket’s top tips
Check your rights while you are on the move by downloading the European Commission’s app called Your Passenger Rights
In the event of any delay or cancellation, talk to your airline for guidance on why you are delayed and how to claim your welfare package – don’t spend anything yourself that you expect to get back without clarifying it with your airline.
To make a successful claim, keep all relevant receipts as well as your tickets, and write down as many details as possible at the time of your delay so you don’t forget any key facts
​Always take out a travel insurance policy that includes protection for travel delays to cover you for any extra costs you may incur – such as not being able to turn up to your booked accommodation.